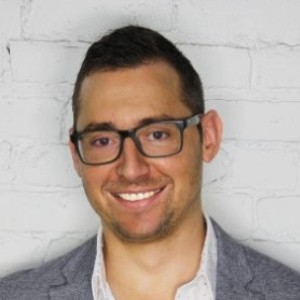 In this wellness case study, we’re looking at the Kroger Family of Stores, a major supermarket and retail chain with more than 3,000 locations (including 2,765 grocery stores and 283 jewelry stores nationwide. The Cincinnati-based company has some 443,000 employees spread out among a number of regional subsidiaries, including Fred Meyers, Ralph’s, Kroger Jewelers, King Soopers, Pay Less, Pick ‘n Save, QFC and Metro Market, among others.

Kroger has a long history of support for employee wellness programs, and was recently recognized by the Cincinnati Business Courier as one of the city’s healthiest employers of 2017.

The company is also a four-time winner of the American Heart Association’s “Fit-Friendly Company Platinum Achievement Award” and was named one of the Top 100 healthiest employers in America by the editors of the Healthiest Employer. And in 2014, the National Business Group on Health recognized

“Our goal is to have the healthiest workforce in America,” says Tim Massa, Kroger’s vice president of human resources and labor relations.

While the chain is headquartered in Cincinnati, they have a significant footprint in Oregon thanks to their Fred Meyers property, with over 40 stores within a dozen miles of Portland and neighboring Vancouver, Washington.

We wanted to take a closer look at how the company ran an extensive wellness program for thousands of workers, spread out over dozens of locations. And we spoke with Amanda Lapore, a veteran fitness instructor with a business and marketing background – the person Fred Meyers tapped to run the show in the Portland Area.

Worksite wellness evolved over time, says Lapore, who has been with the company for three years. Originally, the program was limited to biometric screenings, in an effort to identify employees at a higher risk of developing health problems and helping them improve their health before they required more expensive interventions.

In Portland, the centerpiece of the company’s wellness program is the gym – a modern, fully-equipped fitness center the company operates exclusively for employees of Fred Meyers, Kroger and other companies within the Kroger family. The company opened the gym in 1995, more than 20 years ago, and originally delegated the task of operating it to contractors – but has since brought it under direct company control and continued to resource it.

All Kroger Family employees are eligible to join. But they do pay a small cost out of pocket – $15 per month, which is a bargain for frequent users compared to competing fitness centers in the area. Currently, the gym has some 750 active members and runs over 25 different classes each week including yoga, spinning and Zumba.

Fred Meyers provides incentives to employees to participate in their own wellness, and keys their bioscreening and incentive structure on recommended health metrics from the National Institutes on Health.

Here’s how it works:

The company pays workers $100 for every “green” or “yellow” biometric result they get at the company’s annual screening – up to $400. Spouses enrolled in the plan also get the same deal, if they choose to participate in the screening, so each couple in the plan can potentially “earn” $800 from a biometric screening if they are in good health.

If a plan member has a marker in the “Red” zone, indicating that they are at risk of developing a significant health problem in the future, they don’t get their $100 for that marker right away. But they can “earn” that $100 back by going to the doctor for a preventative health care visit.

Plus, if the plan member can improve that particular marker from “Red” to “Yellow” status, they get a $50 improvement incentive.

“It’s really achievable. It everyone can get the money,” says Lapore. Our focus with that is really to help people to understand where they’re at rather than penalize them for not being healthy. To give them the opportunity that to see their healthcare professional.”

The company wants to pay these health incentives, because they believe it will be more than worth the investment, in the long run, if employees are able to improve these key health analytics.

Thus far, this incentive structure has been a success – participation rates have been in the 90s, company-wide.

Kroger and Fred Meyers have an important home field advantage when it comes to employee wellness programs and activities: All Kroger and Fred Meyers locations in Lapore’s district have their own pharmacies on site. So employees can literally walk over to the pharmacy section during down time and get a professionally-administered vaccination, or any number of other screenings and simple procedures on the spot.

The company offers vaccination and other wellness services to other employers wherever it has a presence, as well, so it’s a simple matter to extend these services to its own work force. And it does: Kroger’s own website cites the following CDC data:

The company obviously wants to obtain these benefits for itself, too – and therefore resources an extensive employee vaccination plan for its own workers.

The company is sensitive to employees’ privacy concerns. Even though they have their own pharmacy personnel handling biometric screenings, Kroger/Fred Meyers has set up a kind of firewall internally – Pharmacy staff does not share individual data with HR. Furthermore, incentive dollars are paid out by their health insurance carrier, and not by the company directly.

The dollars are deposited directly into HSA accounts, for those employees who have them, and the company never sees who gets the incentive. Since HSA contributions are not taxable, they don’t show up on company W-2s.

For employees who don’t have HSAs, the insurance company – not Kroger/Fred Meyers – cuts them a check directly.

Don’t rely on email. The company found out that communication has to be more than just email. “Only a third of our employees have access to email,” Lapore says. I mean I have to really think outside the box and try to communicate in multiple different ways in order to get that information out there because even if the information reaches the person in one, um, you know, in one way, if that’s not necessarily the way that they receive information.

Plan for diverse populations and interests

As a retailer with thousands of employees, Fred Meyer and Kroger and nearby subsidiaries has a diverse work force. Not all of them are very active. The company wanted to sponsor an activity challenge, but make incentives as inclusive to their couch potatoes as it is those who are running marathons on the side.

“We wanted them to feel like they’re motivated to do it and that they have an opportunity to win and it’s still fun and not that they have to compete with people that are already running marathons because immediately if you feel like you’re coming into something and somebody else, they’re going to beat you. And no matter what you do, for sure. It’s completely demotivating!” says Lapore.

Her solution: Set up teams, and track activity in minutes. Not steps, calories, or distance. The company did not attempt to track exercise intensity. Anyone could put points on the board just by getting off the couch. Which, for some, is an improvement.

“It doesn’t matter what you did. I could have logged that I walked for one minute and it would put me into the drawing,” says Lapore. “It allows the people that don’t do as much to compete with the people that do a ton! It evens the playing field a bit.  Because for us it’s about getting people to do something that they wouldn’t have otherwise done. To push a little bit more.”

Include hi-tech and low-tech tracking

Lapore also devised multiple ways for employees to log activities. Not all of them responded to apps and wearable devices. “My first year here, we spent a $100,000 in pedometers and it was the worst investment!” she laments.

Not everybody has a smartphone or a computer at home or at work to track their activity electronically. So the company provided wearables to those who wanted them to track their steps, but also provided a manual option for those who were less technically inclined.

Coordinate administration among subsidiaries. One issue came up where some subsidiaries bought a complimentary bottled water service for their employees and others didn’t. So gym employees had to turn away some employees from the service but not others, creating an unequal benefit. This isn’t what the company wanted, but it took some doing to coordinate a common solution among the several different subsidiaries in the area. Six months of staff work, in fact, as Lapore and her team investigated several different courses of action and got buy in from multiple department heads and multiple subsidiaries.

“We want to create consistency across the divisions and inclusiveness throughout the campus. That’s something that it doesn’t happen without conscious effort!”

Did you enjoy this article? 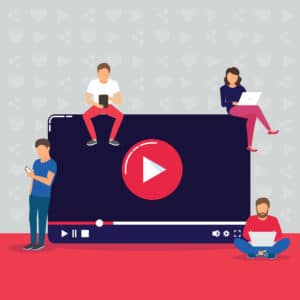 What Is A TPA? 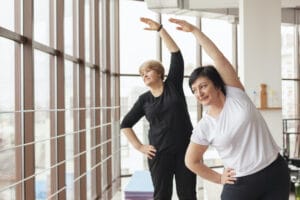 The Good, Bad And Ugly Of Worksite Wellness

How To Manage Stress At Work 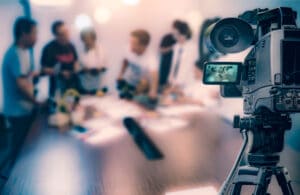 How To Boost Employee Engagement With Video

© Built with pride & coffee by Kadalyst. All rights reserved.